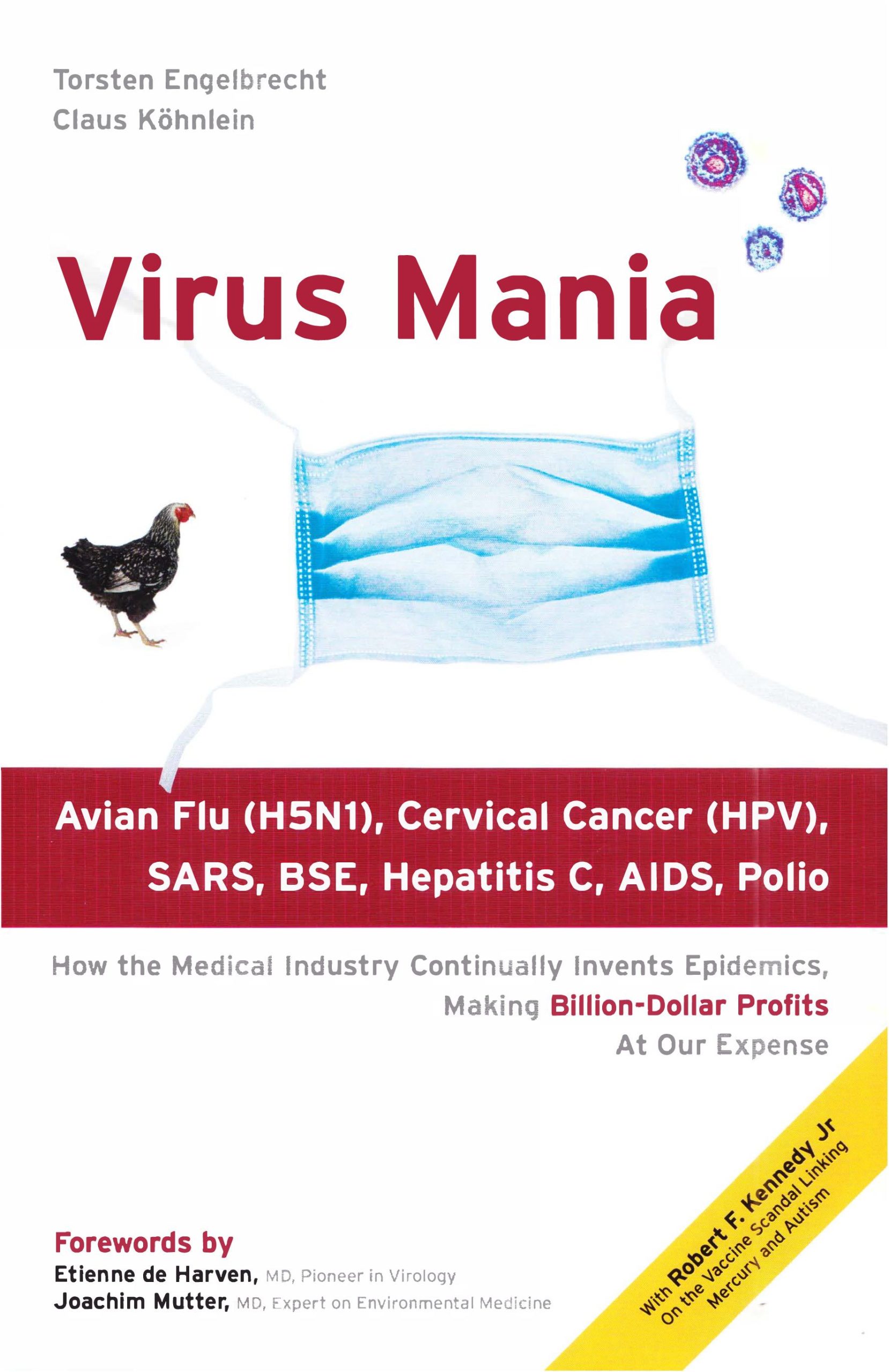 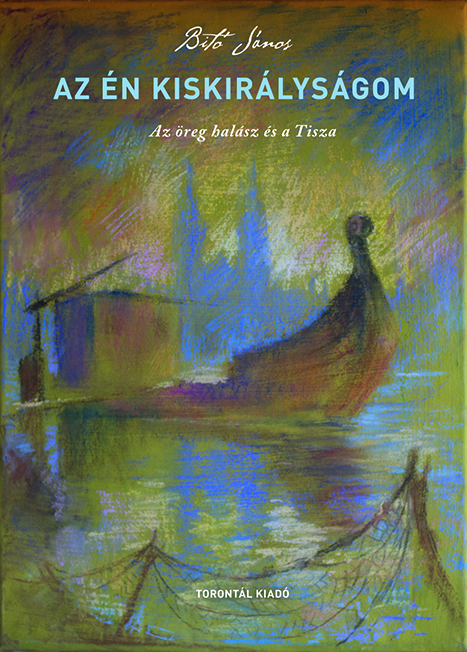 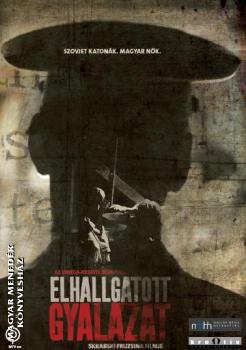 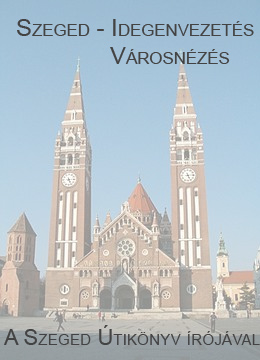 Language of Jesus clings to life

In a remote village in Syria, Aramaic is still spoken, but it is beginning to fade into memory as the modern world encroaches

MAALULA, Syria — In this quaint stone village perched high in the mountains above Damascus, the language of Christ has somehow, miraculously, endured through the millennia.

Aramaic, which was dominant in the region when Jesus was alive, died out elsewhere many centuries ago. But in Maalula, time and geography have conspired to keep it alive, and today this village is the last place on Earth in which the language spoken by Jesus is still the native tongue.

Perhaps not for much longer, residents fear. The modern world is encroaching upon the village at a rapid pace, and no longer can Maalula be considered remote. A paved highway whisks commuters to Damascus in 45 minutes. Satellite dishes beam programs from around the world–none of them in Aramaic–into local living rooms. Job opportunities are scarce, and the younger generation is moving away, to the cities and overseas, taking with them what may turn out to be the last memories of this ancient language.

Within a few decades at most, Maalulans believe, Aramaic will have passed into history.

“In 10 or 20 years, it will be dead. The children don’t speak it anymore, and all the young people are moving to Damascus,” said Maria Hadi, 30, who grew up speaking Aramaic but moved to the city to attend high school and has forgotten the language of her childhood.

That Aramaic, which was introduced from the Persian Gulf in the 9th Century B.C., has survived at all is remarkable. Countless foreign invaders, including Greeks, Romans, Turks and Arabs, have swept across the region, each seeking to impose their own language and culture.

Cut off from world

Historians attribute the survival of Aramaic in this farming community, clinging to steep mountains 5,000 feet above sea level, to the village’s isolation and harsh climate. Blanketed by snow in winter, residents were traditionally cut off from the outside world for half of every year, leaving them to chatter away in the language passed down by their ancestors.

The advances of the modern world are proving more powerful than those ancient conquerors, however. State schools teach in Arabic, the language spoken throughout Syria, and even the villages’ ancient churches conduct services in Arabic. No written version of Aramaic survives, not even the Bible, despite the fact that portions of it were originally written in Aramaic.

Half a century ago, 15,000 people lived in Maalula, and Aramaic was the only language spoken in the village. Today, there are just 6,000 residents, and though more than 80 percent still speak Aramaic, barely 2,000 can speak it fluently, according to George Rizkallah, 65, a retired local schoolteacher.

“Maybe it will survive another 50 years, but after that it will die, unless we do something,” said Rizkallah, who has made it his life’s mission to save the language.

Last year, he started a summer school to teach local children during vacations. He is composing Aramaic songs in the hope that music will breathe life into the language. He has researched and revived the Aramaic alphabet and is working to translate the Bible.

So far, he has completed two Gospels.

Although Rizkallah, like most Maalulans, is Christian, he does not regard his mission as a religious one. A quarter of the village’s population is Muslim, and they, too, speak Aramaic.

“This is a pre-Christian dialect that is part of our culture and our past,” he said. “Even the Muslims were Christians before they were Muslims, and before that, we all were pagans.”

Maalula is not the only place in which this form of Aramaic has survived. An estimated 5,000 people scattered in remote communities in Turkey, Iraq and Iran speak versions of the language. But those dialects wouldn’t be understood in Maalula today, or at the time of Jesus, who was born barely 200 miles away.

In Maalula, Rizkallah said, Jesus would easily be able to converse with the locals.

“When Jesus said to Lazarus, rise up and walk, he used the same words we would use today, and the words he spoke on the cross, those were the same as our words,” he said.

The isolation that helped preserve Aramaic in Maalula is also proving its biggest curse. The language has failed to evolve or adapt, and its limited vocabulary bears little relevance to those living in the modern world.

“There are lots of words for things like goat, tree and vineyard, but outside the village, it is not so useful,” Rizkallah said.

Recent history isn’t helping either. Maalula’s linguistic legacy has typically put it on the itinerary of most tourists visiting the region. But since Sept. 11, 2001, and with the threat of war in neighboring Iraq, there are few tourists.

Before 2001, Maalula typically had 70,000 visitors a year; this year, the local hotel has received just four bookings from overseas. The economy is in decline, and more residents are expected to leave in search of opportunities.

Rizkallah is not optimistic his efforts will succeed.

“I feel a great responsibility to teach the new generation,” he said with a sigh. “But it is a big and difficult task, and I am alone in this work.”

Some Maalulans don’t share his pessimism. Maha al-Haj, 27, an archeology student, has enrolled in Rizkallah’s classes and is studying the written form of the language in her spare time.

“This language was spoken more than 2,000 years ago, and it is our duty to protect it,” she said. “It will survive and it must survive.” 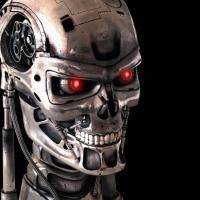 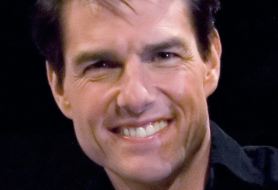 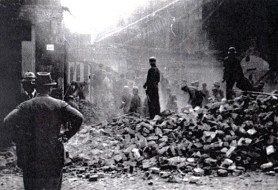 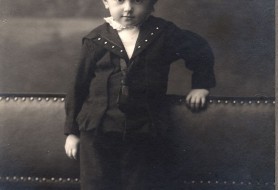 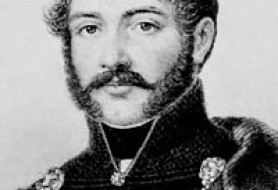 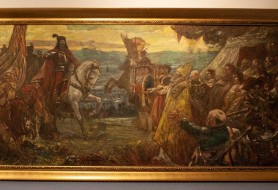 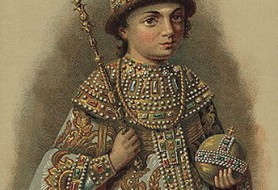 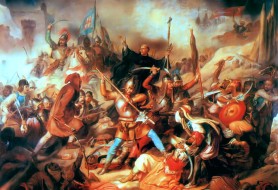